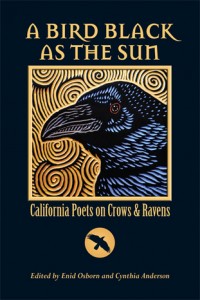 Order information is available at www.greenpoetpress.com. 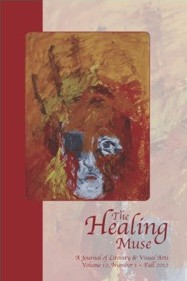 “The Healing Muse, one of the first literary journals to recognize the connections between creative self-expression and healing, remains one of the foremost in the burgeoning field of the medical humanities. Poets and doctors, nurses and artists, humanists all, will find their voices celebrated in its pages. It has grown to become an instrument of healing for our entire troubled culture.”–Rafael Campo, MD, Harvard University.

Order information is available at www.thehealingmuse.org. 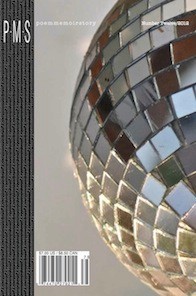 Two sonnets, “Spanish Fly” and “Freefall,” appear in PMS: poemmemoirstory 12, a 140-page, perfect-bound, all-women’s literary journal published annually by the University of Alabama at Birmingham. Work from PMS authors has been selected for Best American Essays, New Stories from the South, Best Creative Nonfiction, and other major awards.  Order information is available at www.pms-journal.org.

“Postcard from the Closed Toy Store on Solano Avenue” appears in the Spring 2018 issue of Birdland Journal, along with the work of seventeen other writers. Thank you to editors Sharon H. Smith and Marleen Roggow for producing a lovely online journal showcasing northern California writers.  https://www.birdlandjournal.com/postcard-from-the-closed-toy-store-on-solano-avenue/

“Imagining Mrs. R who died at 114, according to her obituary” won 3rd prize for villanelles in the Fall 2017 Oregon Poetry Association contest. Thank you to judge Judith H. Montgomery and contest chair Amy Miller. My poem can be read online here.  http://oregonpoets.org/2017-fall-contest-winner-3rd-place-traditional-form-villanelle/

“Manhattan Ghazal” appears online in the Summer 2017 issue of Blue Lyra Review. Many thanks to M.E. Silverman and fellow editors. The poem will also appear in print later in the summer in the Marin Poetry Center 2017 Anthology. http://bluelyrareview.com/kathleen-mcclung/

Five poems appear in the summer 2017 issue of PoetryMagazine.com. I am grateful to features editor Andrena Zawinski for inviting me to contribute and to publisher Mary Barnet for her ongoing support. I am honored to be included in the same issue as Tracy K. Smith, U.S. Poet Laureate. http://www.poetrymagazine.com/poetrymagazine_zawinski_p4.html

I’m delighted to have four poems published in Peacock Journal in January 2017, accompanied by a beautiful Pierre Bonnard painting. Thank you to editors W.F. Lantry and Kate Fitzpatrick. http://peacockjournal.com/kathleen-mcclung-four-poems/

My sestina, “Whistle Keepers, 1883” is the featured poem of the week of January 17, 2016 at the online journal Heron Tree. The poem gives voice to two courageous women stranded on Ano Nuevo island off the California coast. www.herontree.com/mcclung1  The sequel sestina, “Ida’s Song, 1945” appears in the 2016 Marin Poetry Center anthology (print).

My sestina, “The Subway Riders,” dedicated to San Francisco painter Nancy Buffum, appears online in the Summer-Autumn 2016 issue of Panoply, A Literary Zine. Nancy’s work can be viewed at Faithful Fools Street Ministry in San Francisco at 234 Hyde Street. www.panoplyzine.com/the-subway-riders-kathleen-mcclung

My sonnet, “The Traffic Reporter’s Retirement Speech,” appears online in Stirring: A Literary Collection. I’m pleased to have my work included in the June 2015 Gender Issue. Thanks and kudos to Guest Editor M. Mack and everyone on the Stirring staff for a terrific issue and for over 15 years of online publishing. To read the poem, visit the Archives at www.sundresspublications.com/stirring

“Breaking Bad Sonnet” appears in the 2015 issue of Sin Fronteras/Writers Without Borders, a print journal based in New Mexico. My poem illustrates a bout of insomnia and mourns the end of a brilliant television series set in Albuquerque. www.sinfronterasjournal.com

My sonnet, “For the Man at Macy’s Lurking in Swimwear,” which appears in the 2014 issue of the Marin Poetry Center Anthology, edited by Peg Alford Pursell, was nominated for a Pushcart Prize. www.marinpoetrycenter.org

Three of my sestinas, “Golden State,” “Night School Final,” and “Threshold,” appear online in the July 2014 issue of Festival Writer, a special all-sestina issue featuring the work of thirty writers across the country. To read the issue, go to www.festivalwriter.org

My poem, “Behind the White Bird,” after the painting “White Bird” by Tatiana Lyskova, appears in the Fall/Winter 2013 issue of Ekphrasis, a journal of interpretive critical statement in verse. Editors: Laverne Frith and Carol Frith. To order a copy, visit www.ekphrasisjournal.com

Two poems, “Pilgrims on I-80” and “Starlight Drive-in Lament,” appear in the Summer 2011 issue of Song of the San Joaquin, a quarterly journal focusing on life in the San Joaquin Valley of California. For samples of poetry from previous issues, visit www.ChaparralPoets.org/SSJarchives.html.

My essay “Opera for the Shoeless” appears online at www.openexchange.org/features/JFM11/mcclung.html.

“Renter Sonnet: A Leased Crown” and three other poems appear in the January 2014 issue of Mezzo Cammin, a beautiful online journal of formalist poetry by women. The editor, Kim Bridgford, directs the Poetry by the Sea Conference. www.mezzocammin.com

See a four-minute video of my sestina, “Anticipators,” selected by Jack Hirschman for the 2014 anthology POETS 11, published by the Friends of the San Francisco Public Library. Koret Auditorium in the library is the venue. http://Youtu.be/UvNyj2u_nic